A neighbourhood garage sale was held Saturday, August 21, raising money to help with the legal challenges involved in standing up against the development that has been proposed to infiltrate the historical and environmental treasure that is Waverly Woods.

On April 25, 2022, after four years of assessment and protest, an in-depth hearing will take place that will decide the fate of Waverly Woods.

As found on the Town of Fort Erie website, “An application has been received for a Combined Official Plan and Zoning By-law Amendment and Draft Plan of Subdivision for the property south of…

Last year,Death’s Head Press’ co-founder, Patrick C. Harrison III, did something pretty amazing. He reached out to a number of authors to write standalone novellas and novels in a genre he coined as “splatter westerns.” A splatter western is a mad hybrid of splatterpunk horror and western genres. In other words, the western would have extreme horror elements with a hearty dollop of pulp to top it off. I marvel at Patrick for coming up with it, and I think he ought to be credited for the core concept of it. His story that inspired its creation is pretty intense, one that illustrates that sometimes, art imitates life and vice versa (you can read his story here).

Anyway, my novella, Red Station, is book #7 in the series, and it came out just last month. Since they’re all standalone stories, readers can start with whichever one…

Am looking forward to this with great anticipation. I have all the books by these authors and I’m impressed by not only their writing but by the exacting research they do to get the facts correct. To me, that is an absolute necessity for any book I am going to recommend to anyone else. This is going to be a book I’m going to enjoy while I shut the world out and take time to savor. If you have yet to experience the exciting books from these writers, join the rest of us and jump right in.

The countdown continues for the upcoming release of the action-thriller novel THE DOGON INITIATIVE, book one in The Deniables Series, by Lance and James Morcan, authors of The Orphan Trilogy, White Spirit  and Into the Americas.

In THE DOGON INITIATIVE  the CIA hires foreign mercenaries to right some of the injustices happening around the world. They’re deniable assets, which means no-one’s coming to help if a mission goes pear-shaped. They’re known as the Deniables.

In the opening chapters, the CIA’s Cape Town asset, a woman known as the Handler, explains to the Deniables why they’re been hired. Here’s a brief excerpt:

“My client is especially concerned about events occurring in far flung corners of the globe. Events that are not only against their best interests, but against the interests of Mankind. Events that go unchallenged and…

I have read a lot about this era, and the many troubles with the LAPD, but nothing quite as good as this.

Thank you for sharing, and I’ll be looking forward to the publication of the book very much.

Guardians of Angels: A History of the Los Angeles Police Department

When I heard earlier last month that Mayor Eric Garcetti fulfilled one of his most important duties by selecting Michel Moore, a 36-year veteran, to be the next chief of the Los Angeles Police Department, it reminded me of a time in LAPD’s history when the transition was not nearly as tidy. Since 1969, nearly a half-century, LAPD has had only six chiefs of police. This is quite an accomplishment, especially when compared to one six-year span during the 1920s, when LAPD went through eight chiefs in bewildering succession. To better understand where the department is now, and the level of professionalism having been accomplished, one must look at what was overcome to make that steep transition to today.

During the 1920s, LAPD officers were more concerned with keeping their jobs than chasing down vice offenders.

America in the 1920s was a land of prosperity. The new heroes were movie…

The books were a big deal. Nobody had books on death row. They had never been allowed, and it was like someone had brought in contraband. Only six guys were allowed to join me in book club, but every guy on the row was now allowed to have two books besides the Bible in his cell. Some didn’t care, but others made calls out to family and friends to let them know they could send in a book or two. It had to be a brand-new book and be sent directly from a bookstore to the prison. It was like a whole new world opened up, and guys started talking about what books they liked. Some guys didn’t know how to read, others were real slow, almost childlike, and had never…

From master anthologist Ellen Datlow comes an all-original of weird tales inspired by the strangeness of Lewis Carroll’s Alice’s Adventures in Wonderland and Through the Looking-Glass and What Alice Found There. Read the full description.

How to Win This MP3-CD Audiobook

Congratulations to William Arnold, winner of last month’s giveaway of Around the World in Eighty Wines. Thank you to all that entered.

Below is an excerpt from The Woman Who Smashed Codes, Jason Fagone’s riveting new book chronicling the work of Elizebeth Smith Friedman and William F. Friedman, a pair of “know-nothings” who invented the science of codebreaking and became the greatest codebreakers of their era. Their contributions continue to influence the U.S. intelligence community to this day. Our thanks to Jason Fagone and Harper Collins for allowing us to share a portion of this book with the Longreads community.

Sixty years after she got her first job in codebreaking, when Elizebeth was an old woman, the National Security Agency sent a female representative to her apartment in Washington, D.C. The NSA woman had a tape recorder and a list of questions. Elizebeth suddenly craved a…

I’ve been doing this for years, my Grandma Viola taught me this technique using crayons and a brown paper bag. I use a lot of line art machine embroidery patterns and make coloring books out of them using stabilizer and give them as gifts. You’ll find your own favorite way. The main thing to remember is “HAVE FUN” and there is no wrong way if it works and you enjoy it. Ila in Maine

Do you yearn to pull out those Crayons and relive your grade school days? Well we can! Tinted embroidery is a great way to spruce up those open spaces in a project and add a little color without all the work of filling in spaces with filler stitches like satin stitching.

So go grab your supplies and let’s get started!

1) Pin your pattern to your fabric.

3) Using a white Crayon, color heavily the areas that will be tinted with color. If your fabric is pulling, try taping your fabric down.

4) Tint the areas with the Crayons. Use light strokes. Remember we are tinting, not coloring…

I Heard You Paint Houses: Frank “The Irishman” Sheeran and the Inside Story of the Mafia, the Teamsters, and the Final Ride of Jimmy Hoffa by Charles Brandt
My rating: 4 of 5 stars

Awesome book. There are numerous edits of this book as the author promised Frank “The Irishman” Sheeran not to publish certain things he was told until after certain people died so they would not be prosecuted or hounded by the FBI to roll on others. I understand this decision and admire that his promise was kept.

I highly recommend this book, and that you read or listen to the most recent edition, in my case that is the 2017 edition.

I Heard You Paint Houses

What I learned: What truly happened to Jimmy Hoffa. Something I have wanted to know for a good part of my life. Thought I have never, ever doubted he was, to use a euphemism, sleeping with the fishes, exactly how he got to that point was always the big question. Who did it? Why was it done? Where is the body? I now know this and you will also if you read this book.

I also learned exactly what happened to our beloved JFK, the who, how and why. I never believed the Warren Commission, and if you did, or do, please read this. That’s all I am going to say about that. I don’t want to spoil anything.

What I learned about the assassination of JFK angered me, made me shake with anger, and brought home to me just how filthy Politics and the people involved in them can be. Not all are, but some can be. I mourned all over again the loss of a great man who was ahead of his time.

I was 5 years old when JFK was murdered. I lived in a small (pop 116) town in KY on the border of TN. I came in the house to hear my racist father say “Someone finally killed that n __r(I refuse to type the rest of that derogatory work) lover.” I lost ALL respect for my father then and there, and I never regained it. He was a Minister – and taught us in church that we were all created equal, we were all children of God yet…. I can’t to this day abide a Hypocrite and I do everything within my life to love all people no matter their color, preferences or orientation.

This books contains the use of that N word a lot and my daughter objected to it. I was so proud of her. I explained to her that it was because of the times, and the ignorance of the people speaking, and that I disliked it as well. Its so hard for me to hear that word but it is used in this book during a certain time period, and you should know that in advance.

On to more positive aspects:

The author Charles Brandt does an excellent job of keeping dates, people and facts straight. Even listening to the audio book I never became confused as to who was being discussed, where the conversation was taking place or, perhaps most importantly what was being discussed.

There would be no prenatal or after birth time off – and so many more working ‘rights’ that we now expect would be absent from our lives.

Jimmy Hoffa was a stand up man. I always was told this, I always believed this, and I found nothing in this book to dissuade me from continuing to believe it. On the scales of life, he certainly weighed out on the side of good much more than bad. He lived to help make the lives of others better than what they were before.

So why 4 stars instead of 5? Documentation was not available, that I am aware of, from the author. He speaks of it, but if its available somewhere I missed it, and its entirely possible I did. Listening to an audiobook its easier to do. However there was not a separate download as there was with other audiobooks, with a website listing to view documentation.

If that had been available my review would have been 5 stars.

I have read anything and everything I can find about Jimmy Hoffa. I found this book to be the most informative, and I feel a sense of peace, finally, knowing what happened to Mr. Hoffa. May he rest in peace.

View all my reviews 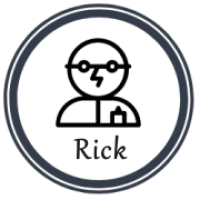 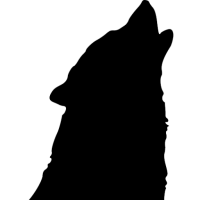 The site for a new perspective on books and films

Tech News for You

The Most Comprehensive and Up-To-Date Online Data Depositary for Helping Society, the Systems, and the Venues To Learn

Lavie Tidhar
This Is Horror

The Voice of Horror

Guardians of Angels: A History of the Los Angeles Police Department

Nature Is What We See

Hey Did You Know I Write Books

Essays, memories, and even a little history...

Master of the existential thriller (BBC)